Out of Italy comes a duo called Labobros fronted by musician/composer and video editor Pietro Labonia. The other member is his brother Giuseppe Labonia. Many musicians and colleagues has taken place in this album by mentioned act, and this is their second offering. 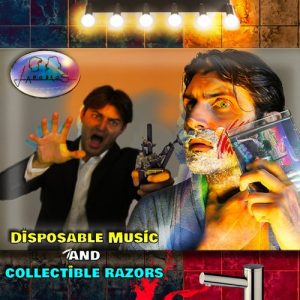 This is also a variant of experimental project/album, where we can find and hear 13 tracks, done in different music styles,also among other things, songs were sung in Italian and English. Different atmosphere, as same as different mood are central factor in presented songs, where Lab0bros have musically offered elements of rock, pop, classic rock/progressive, and many things-in-between. All of the songs posses clear melodic lines, but not repeatable choruses , and in final I would add, that we have to classify mentioned album as a release with more different songs, different between them. Labobros have also tried to create some experimental performing details and traces, and some of the songs, judging by their arrangements, posses different releasing psychology as well. Many narrative exposures, as same as narrative vocal views are parts of  the album. In other elements Labobros satisfies technically, and presented materials has captured the signs of our time.