THE NEPTUNE POWER FEDERATION – “Can You Dig Europe 2020”

The Neptune Power Federation are freaky company, whose members are totally devoted to rock psychology. They are hailing from Sydney, Australia, and its discography started out in 2012 year. 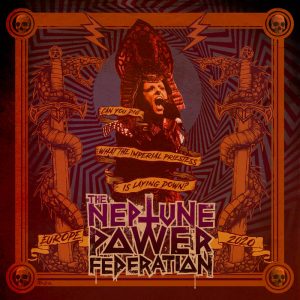 They are very active, musically attractive, their image is modern and original, and their performance has taken something from golden era of ’70’s freaky/psych rock/hard rock, known from the works of Screaming Lord Sutch, or Alice Cooper to name a two well-known artists.
But they are fresh, also modern with their own vision of hard rock and psychedelic hard rock, and their songs posses enough energy, where all of the above also characterize group’s live activities. 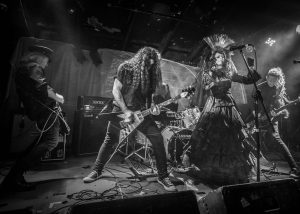 During the July, this 2020. a group has released a 4 track EP. All the songs are covers, 2 well-known from Rainbow repertoire, two from Queen’s legacy. The titles are: “Kill The King”, “Long Live Rock’n’ Roll”, “Son And Daughter”, “Tie Your Mother Down”.
Even that all of the versions are basically connected to original Rainbow and Queen interpretations, a group from Sydney has given a new life, fresh breath, new energy, new vivid arrangements, with strong and powerful vocalizations of female fronted singer – Screaming  Loz Sutch (this is her artistic name).
The Neptune Power Federation are nice team, and my recommendation to all of you is to listen to complete group’s material and albums. You will never be disappoint, normally if the rock as a genre is still your cup of tea.