A some period ago, I have received a CD from Spanish born saxophonist Cristina Miguel Martinez, entitled “Rame Project”. This is her second release, but also in her discography we can find several albums, done with various artists/musicians/projects. 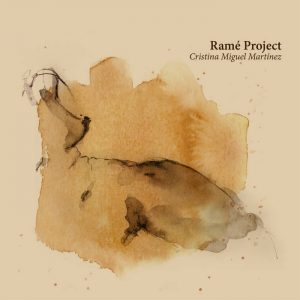 She is an educated performer, living in Graz and Barcelona, and many of the worldwide jazz experts, threat her way of performing as an original, warm, and in some way typical and special.
“Rame Project”, actual album with 9 tracks in, she has released with seven additional musicians, and as she explained – “This music has been inspired by the questions of beauty and its subjectiveness. The value of imperfection, a rebellion against canons and symmetry.” 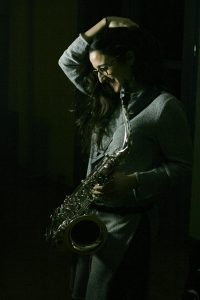 “Rame Project” has offered different moods and different atmosphere from theme to theme, where we can not find classic jazzy improvisations, but specific emotion state of members from the band, and Cristine herself as a composer, dominate through presented songs. Nature sounds and analytic challenge also describe music from the album, where each of the musicians gave maximum energy in realization of this album.
“Rame Project” is a serious release, and album where Mrs. Martinez also has showed and introduced her authors qualities.