Believe it or not, Genna & Jesse have released their first album in 1970 year, entitled “Give & Take”. And during the forthcoming years, they lived nomadic life, but always in the mood to create something interesting, acceptable for  their own musical space. 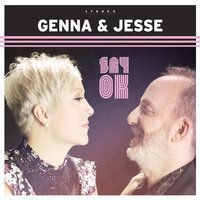 With actual one, they have recorded four albums, all of them are mainly different, judging by stylish options, even that duo has always gave their own signature close to soul pop and blue eyed soul variants.
“Say OK”, has been recorded at “The Toy Box Studio” in Nashville, produced and mixed by Jacob Lawson. Genna & Jesse has offered a self-penned 13 songs, done in mention soulful-pop style, with additional elements of folk details, retro soul-pop spices, and small but evident melodic rock including as well. Most of the songs are slower ones, maybe to my taste there are more easier tunes or half balaads, but that was their choice in final. Similar or better to say, identical atmosphere dominate through all of 13 presented songs, where pleasant voices define a complete album material as well. 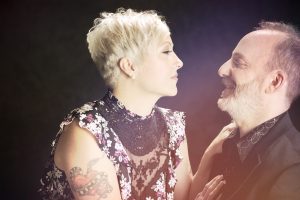 I have impression, that in some places a production could be a little bit heavier, but there’s no doubt that Genna & Jesse are reaching out to wanted standards in the end.