TRAVERSER – “Jupiter Doesn’t Care About You” 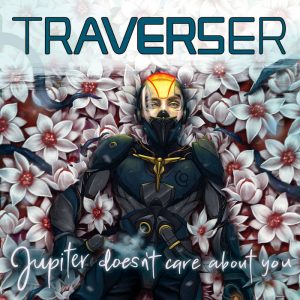 Out Of Orlando, Florida, USA comes a band Traverser, whose story started in 2005 year. During the December of previous 2019, they have released an album, entitled “Jupiter Doesn’t Care About You”, with 11 tracks in.

Rick Kamla is responsible for interesting cover artwork, and band has offered presented materials in CD and digital variant as well.

Traverser, judging by offering genres variants, are on the field of few idioms, as an alter rock, alter metal, rock, even progressive and 90’s including as well. 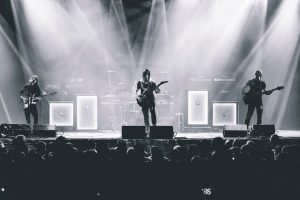 Their sound is guitar oriented , with intense energy including and coherent performing as well. Songs are similar among them, but strong passionate performing realization is key weapon of band members. Even of some evident influences taken from the 90’s period, a group has created its own sound and music views. Songs are done in mid up and sometimes faster up tempo, with clear vocalization and precise arrangements including. Melodic lines are here in practically each song and theme, but I would add that also the other technical elements functioning as well. A band members and Matt Brown are responsible for well-done production work.