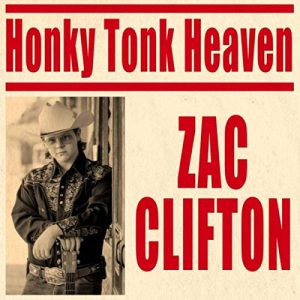 Singer/songwriter Zac Clifton is 18 years old performer, faithful to traditional country/country tendencies, started his interest in music when he was 9 year child.

So, we can say, that he is newer name on USA and worldwide indie scene, even that his interesting spheres touches oldest period of genre’s development.

“Honky Tonk Heaven” is his debut with 11 tracks in. He is an author of 10 tracks and coauthor of one.  His album was produced by the well-known Bobby Flores, and complete atmosphere reminds on great times of country music and period between late 40’s till early 60’s of previous century.

Most of the songs are slower, or done in mid to mid-up tempo with emotion and precise performing elements. Zac has a pleasant voice and all of his songs are dedicated to the followers of traditional country as a genre’s form and way of life, of course. 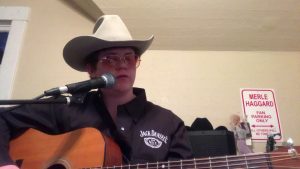