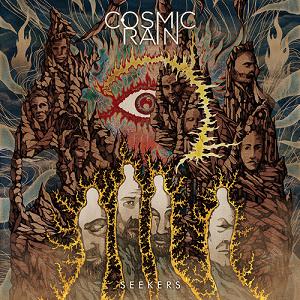 Out Of Geneva,Switzerland comes a band Cosmic Rain, whose story started out in the beginning of 2017 year. Soon after, a group has released EP named “Utopia”, written by key person, guitarist and singer Laurent Nigg.

At the end of the January of this 2019, a group has released a full-length with 7 tracks in, entitled “Seekers”, based on the themes of the human search for the truth.
Cosmic Rain works in quartet formation, and the band has sounded in one, I would say, older combination of rock/progressive rock tendencies, with minimal touch of progressive metal including as well. 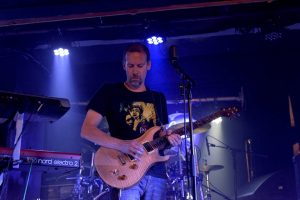 Judging by its psychological vision and views, they are mentally more in the field of 70’s period, but I also can not say, that their music is old-fashioned. Technically, and in  production segments, they accept tendencies of our time, but many, many elements of 70’s progressive details are here and there. Songs are done in mid, or little faster mid-up tempo, with very wise arrangements and precise performing details. Melodic lines are also important segment of its songs, and generally “Seekers”as an album can be recommendable product for the prog followers, especially for the fans of older tendencies.