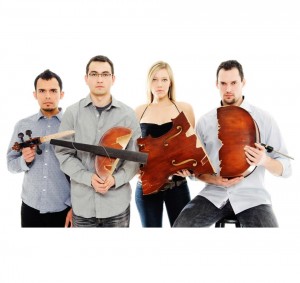 “Classic Rock” takes on a whole new meaning when Break of Reality hits the stage. The quartet’s boundary breaking music blends classical technique and rock’n’roll into something that brings together the best of both genres.

They appear on stage without the music stands or formal dress of a classical group and they talk to the audience like friends, spinning tales that illuminate the music they play, be it an original composition, a song by Tool or Radiohead, or a J. S. Bach arrangement. Critics have called them alt-classical, cello rock and indie-classical, but even the band isn’t sure what genre they fall into.

When asked how he categorizes Break of Reality, percussionist Ivan Trevino’s response is usually: “I don’t. Our sound came naturally from studying classical music by day in school and going to rock clubs by night. We’ve all heard classical musicians try to arrange rock music, but they often lack the soul. It can sometimes sound like classical musicians sight reading rock charts. We’re classically trained musicians, but also understand and love the raw qualities of rock; this dichotomy is very clear in our sound.” 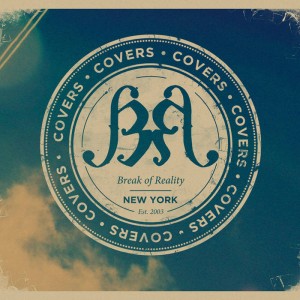 “Break of Reality started at the Eastman School of Music in Rochester, NY,” Trevino explains. “Patrick Laird, one of our founding members, was in the orchestra and asked friends to play some rock charts he’d arranged. The first gig was without a percussionist. He immediately knew he wanted the energy of a drummer to drive the sound he was hearing. I was one of the few ‘rockers’ at Eastman, so he asked me to play. At first, we were a heavy metal cello band. We had amps, we were loud and played rock covers or original rock tunes. Slowly, our classical side crept into what we were doing for a more all-encompassing sound. We’re still rockin’, but with more nuance.”

Since their formation in 2004, the band has released three self-produced records. The Sound Between EP (2006) and Spectrum of the Sky (2009) featured original songs, while Covers (2012) highlighted the band’s arrangements of tunes by J. S. Bach, Metallica, Nine Inch Nails and System of a Down. On TEN, the band presents another album of original compositions written by founding members Patrick Laird and Trevino. It was recorded in the band’s new studio and mixed by Laird to bring out the unique sound of the ensemble’s playing. Cellists Laura Metcalf and Adrian Daurov, current members of the band, contributed to the recording, as did cellists Brook Speltz and Meta Weiss. Marnie Laird, Patrick’s wife, played piano on several tracks.

The band will be supporting the release of TEN with a country-wide tour. “We’ll be playing the songs on TEN for 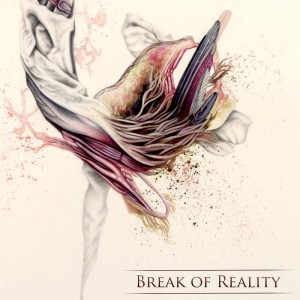 the first time live,” Trevino says. “Our stage show is a true blend of a classical concert and rock show. We have tons of energy, but there are quite ‘classical’ moments too. Our audience runs from 13 to 70. You’ll see young rock fans, older classical music fans and middle aged hipsters standing together.”

To help fund their tour, the band launched a Kickstarter campaign. The funds they raised will finance visits to 10 public school districts for workshops and performances. Education is an important part of the band’s outreach to classical fans and, hopefully, future classical rockers. “We love going to schools to teach young musicians,” Trevino says. “Our goal is to increase awareness for music education, raise funds for the schools we’re visiting, and encourage the kids we’re working with. We invite students to perform with us, which is inspiring for both them and us. Student reaction has always been extremely positive. We show them they can play any kind of music, not just classical, and encourage them to think outside of the box. Teachers often email us saying how their students are practicing more and starting their own bands and music groups.” 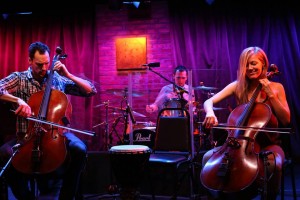 The band has also developed a DIY Lecture Series, designed to empower budding classical musicians with practical, real world music business knowledge, fitting for a band that’s a self-contained small business. “We independently release our records, which allows us to sustain ourselves. We utilize social media, release videos on YouTube – our cover of the “Game of Thrones” theme has over 2.5 million views – and get played on Internet radio and other online platforms.” The band has had their music featured on Dateline NBC and an Emmy-winning segment of America’s Investigative Reports on PBS.

As the divisions between rock and classical, folk and pop and other genres continue to blur and dissolve, Break Of Reality is in a unique position to take advantage of the cross pollination that will be the future of music. “We’re surrounded by pop culture,” Trevino says. “That affects the kind of music we want to create. Personally, I don’t want to play in an orchestra. I like writing my own music, so having my own band is ideal. Rock is as much in our blood as classical music. Our music is organic; we’re not doing it as a gimmick to play rock music on the cello. We want our instruments to be respected both in the classical and rock worlds.