On January 29th, 2016, David Berkeley releases his crowning achievement to date in Europe, a set of interwoven stories offered in his second book, “The Free Brontosaurus”, and a batch of accompanying songs on his 6th studio album, “Cardboard Boat”. The songs are sung from the perspective of each story’s main character. The releases are a rare compliment to each other, but with a degree in literature from Harvard, over a decade of touring under his belt and a stage show that melds profound songs and hilarious anecdotes, Berkeley is uniquely positioned to be able to pull off such an ambitious project.

Berkeley has amassed a dedicated and widespread following who fully funded the creation of this new album and book. He’s been a guest on This American Life, Mountain Stage, World Café, CNN, XM Radio’s Loft Sessions, WFUV, NPR’s Acoustic Café and many more. He won the 2015 Kerrville New Folk competition and ASCAP’s Johnny Mercer Songwriting Award. Called “a musical poet” by the San Francisco Chronicle, “sensational” by the Philadelphia Inquirer and “spellbinding” by Blurt, critics praise Berkeley’s carefully crafted philosophic lyrics and soulful baritone, which at one moment resonates richly only to swoop into a fragile falsetto in the next. 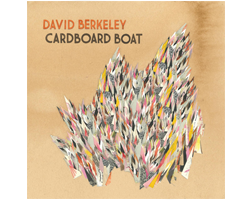 Though he now calls Santa Fe home, where he lives with his wife and 2 young sons, his explorations have taken him from busking in Harvard Square to the mountains of Corsica, from the back roads of Alaska to the crowds of New York City. Each port of call opened him to new experiences, as a public school teacher in Brooklyn, a river rafting guide in Idaho and, always, a chronicler of life as he observed and embraced it.

This isn’t the first time Berkeley has paired songs and stories. In 2010, upon returning from a year on the island of Corsica, Berkeley released his initial book and album combination, “140 Goats & A Guitar”. That book comprises 13 stories, each of which sets up a song on his 4th album, “Some Kind Of Cure”. “With ‘Goats’”, Berkeley explains, “I told the stories that led to the writing of that album’s songs. The book is a lot about becoming a new father and the craft of songwriting. My new project, though, feels like the proper way to weave stories and songs”. From the start Berkeley envisioned the book as a “fictional story cycle,” with different narratives overlapping, intertwining and emerging as the brontosaurus moves between characters, and as minor characters in one story become major characters in another. 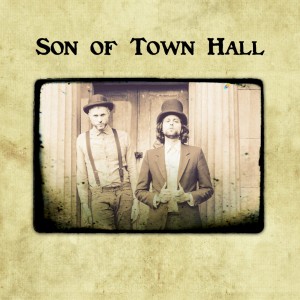 The central musicians on “Cardboard Boat”, guitarist Bill Titus (Dan Bern, Brother Ali), trumpet and banjo player Jordan Katz (De La Soul, The Indigo Girls), bassist and keyboard player Will Robertson (Shawn Mullins) and drummer Mathias Kunzli (Regina Spektor), found the recording experience transformational, according to Berkeley. “If you go about 20 minutes north of Santa Fe, up into the Sangre de Cristo Mountains, you come to a little village called Tesuque, which has just a post office and a restaurant inside a general store”, he says. “Then you go further into the hills to an old adobe that Jono Manson has turned into a studio. It has great gear, but it feels like you’re in an old Mexican house, with vega-beamed ceilings, out in the middle of nowhere. I’ve been out here for a few years and have begun to get used to the New Mexican palette, but for the rest of the team to live with that scenery and under those skies, it felt like being in a monastery somewhere. There’s something about the light and the landscape and the calm and the quiet that’s so inspirational”.

The results are magical. Very few contemporary albums combine profound songwriting and such an extraordinarily empathetic performance at this level of eloquence. Complex issues unfold, brought to life by Berkeley’s insight drawn from literature, poetry and his own experiences. There are references to Moby Dick in “Setting Sail” and Norse mythology in “The Wishing Well”, One of the standout tracks, “To The Sea”, is an elegy for an estranged father sung by a prodigal daughter. It’s a prayer for second chances as Berkeley and Watkins sing together “let me be like the leaves on the trees, they come back in the spring, gold to green, or let me be like the stream full of rain, it comes back eventually to the sea”.

“Cardboard Boat” stands on its own as a masterwork. It confirms the plaudits earned by Berkeley already, from No Depression (“Berkeley’s songs are supremely melodic in ways only the most skilled singer songwriters are able to convey”) and Creative Loafing (“Berkeley crafts his songs like watercolor paintings”) to New York Times (“Berkeley sings in a lustrous melancholy voice with shades of Tim Buckley and Nick Drake”).