Militant environmentalist and cultural activist, poet and singer-songwriter Zachary Richard’s roots are deeply planted in his native Louisiana. Inspired by the various styles of the region, his songs go beyond the limitations of any particular genre. Zachary’s style is uniquely his own.

Zachary received his first recording contract at the age of 21. He was the last artist to sign with Elektra records before the creation of WEA. That album, ‘High Time’, was lost in the maelstrom surrounding the merger and was not released until early 2000, when the original masters were found in a vault in New York City and made available on Rhino Handmade. 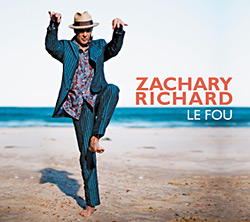 It was during his early days in New York that Zachary made a discovery that would influence his art and effect the rest of his life. With the advance money from the record company, he purchased a Cajun accordion. From that moment on, he was swept up by the French language culture of Louisiana. Delving into the Cajun tradition, Zachary formed the first new generation Cajun-Rock band. It would be years, however, before Cajun music became popular outside of rural Louisiana. In the meantime, Zachary career led him to Canada and France. 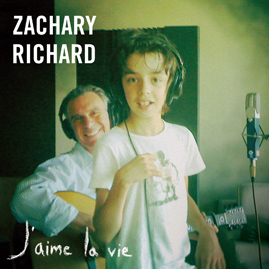 Despite critical and commercial success in the French-speaking world, Zachary returned to Louisiana in the early 80’s and began another phase of his career, this time recording in English. He recorded two albums for Rounder Records, ‘Mardi Gras Mambo’ and the perennial favorite ‘Zack’s Bon Ton’, before signing with A&M, and recording two albums for the label, ‘Women In The Room, and ‘Snake Bite Love’. Non-stop touring and the strength of these recordings guaranteed Zachary an international following. 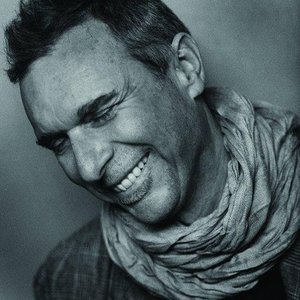 In 1994, after and extended absence from the French market, Zachary returned to Canada to play at the Acadian World Congress in New Brunswick. Passionately inspired by his heritage once again, Zachary began a new collection of French songs.The result was ‘Cap Enragé’.This double platinum (Canada) album established Zachary Richard as one of the foremost singer-songwriters in the French-speaking world. Once again Zachary had broken the mold, weaving a musical tapestry rich in atmosphere, with masterfully crafted lyrics dealing with far ranging themes.

The celebrated Creole poet, Aimé Césaire, once said that to separate himself from one of his languages (French and Créole) would be like cutting off one of his hands. It is much the same for Zachary. Participating completely in two distinct cultures and creating in his two languages, Zachary’s artistic experience is unique. He is the most American of French songwriters, and the most French of the American.