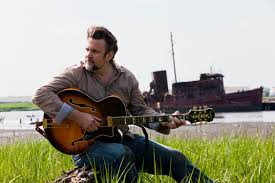 A blues-influenced americana guitarist and songwriter, Sid Whelan cut his teeth on rock ‘n’ roll and charted on Midwestern indie college radio in the mid 80’s with his song “NY Taxi”. Early in his career, Whelan was lead guitarist with various world music acts including the Lijadu Sisters and later Afroblue, which also experienced regional indie radio success with their cover of Jimmy Cliff’s “You Can Get It If You Really Want”. Following the breakup of Afroblue, Sid left his guitars in their cases for the better part of a decade while he made a life and family in New York City. Now he’s back and again on the radio and web with americana and blues show airplay around the country of “Frisco Lines”, the rollicking Fred McDowell country-blues opening track on his 2013 comeback album, “Flood Waters Rising”.

The comeback started in July 2012 when Sid’s niece Lora-Faye – the 2012 NPR Mountain Stage Songwriting Contest winner – called him to replace her previous lead guitarist. Sid joined her for a baptism-by-fire return to performance for a string of gigs in Brooklyn and Manhattan. Rejuvenated, he began writing music again, returning for inspiration to his love of pre-1960 American music, particularly the blues but also country, folk, bluegrass, Tin Pan Alley, Broadway and jazz. 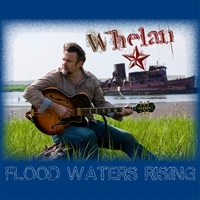 In 2013 he created the band Whelan, featuring Naido Vargas on keys and harmonica, Richard Huntley on drums and Doug Berns on bass. The group’s 1st CD “Flood Waters Rising”, a blues-inspired collection of 9 songs, was released in October of 2013. Songs from that disc are part of the band’s current live show, as is repertoire from the upcoming disc “The Story Of Ike Dupree”, which will be the first Whelan album to feature a horn section. Speaking of horns, Funk pioneer Fred Wesley (James Brown, Parliament, Count Basi, Bootsy Collins, De La Soul), who was part of the legendary horn section with Maceo Parker and Pee Wee Ellis, has done 8 of the horn arrangements and also played on the tracks for the new recording. “The Story Of Ike Dupree” will mark a major milestone in Sid’s evolution as a songwriter and – even before its release – has resulted in a songwriting commission from a more established artist who loved his latest work, as well as moving on to the semi-finals in the blues category of the 2014 International Songwriting Competition for the track “Every Time I See Her”. 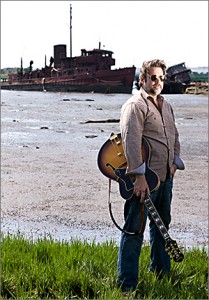