Eight O’Five Jive has enough energy to power a small ­fleet of 57 Cadillacs with their driving sound of swingin’ blues and early rock ’n’ roll. From the classic era of the late 40’s to the late 50’s, when men wore fedoras and strong women with attitude ruled the cocktail dress, jump jive defined an exciting era of music and dance. 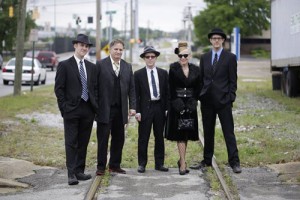 Eight O’Five Jive’s debut album, ”Too Many Men”, builds on some of the best jump blues music of the past and moves it forward into the future. The band puts their own spin on tunes from the likes of Ruth Brown, Big Jay McNeely, Jimmy Liggins, and Big Maybelle — and brings 2 original compositions to the mix. One of those originals, “Young Enough To Be My Son”, is not only the featured video from the album, but also one of the ’plot points’ that make ”Too Many Men” a virtual ”Jump Operetta”, telling the tale of a woman’s odyssey from bad love to good, with misadventures along the way. 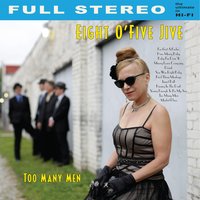 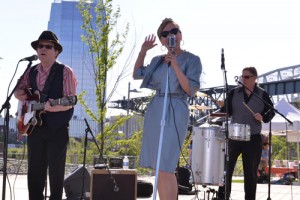