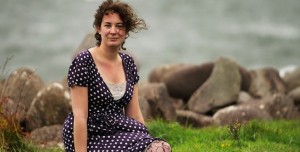 The paths that the celts traveled from the old world to the new are not etched in stone or traced on maps. But they are recorded in songs, and if you know the songs well enough you can retrace these paths to discover what binds these cultures across the ocean. This is exactly the kind of voyage that American vocalist Kyle Carey undertakes in her new album, ”North Star”, which was produced by renowned Irish-American artist Séamus Egan (Solas). Her songs draw from Americana roots, Irish-American traditions, and Scots Gaelic poetry with the kind of effortless ease that only a lifetime traveler and a musical polyglot can pull off. 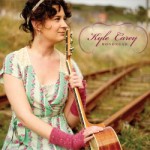 Once a full-time waitress as the famed Caffe Lena in New York, Carey traveled to Cape Breton, Canada, on a Fulbright Fellowship to study Scots Gaelic, before ending up on the Isle of Skye in Scotland studying Gaelic song intensively. She then traveled to Ireland to record her debut album. With so much travel and study under her belt, it’s no wonder that Kyle Carey’s new album, ”North Star”, masterfully blends the traditions of three nations into a sound that she calls “Gaelic Americana”. A look at the guest list shows Kyle Carey’s diverse vision, master American roots musicians like Dirk Powell, Katie McNally, and Natalie Haas rub shoulders with young leading lights of the British folk scene Josienne Clarke and Ben Walker, and Irish and Scottish traditional artists like Pauline Scanlon, Catriona McKay, and Chris Stout. It’s quite the list of collaborators, something that Carey has always prided herself in cultivating, but the real stars here are the songs. 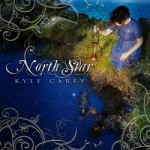 Each song was written by Carey, excepting two songs in Scots Gaelic and a truly lovely cover of Kate Wolf’s ‘Across The Great Divide’, and though she’s crafting new music, she’s clearly still tied to the tradition. In crafting her songs, Carey draws on long-standing traditional themes of immigration and longing. “Casey Jones Whistle Blues” uses tropes of American folk song to talk about a woman’s dreams for a better life. A song like “Nora O’Kane”, which Carey wrote about an outcast woman bent on revenge, rubs shoulders here with the sad Gaelic lament “Cairistiona” that sings of lost love. “Wind Through Casper” is a haunting lament on immigration and “North Star” speaks to love that comes and goes.

All of these emotions are found in traditional songs throughout America, Ireland, and Scotland, and Carey draws from these influences to create an album that uses universal human ideals to speak to our condition today. ”North Star” is at once an homage to the traditions that inspired her and also a statement on her life’s work uniting American and Celtic traditions. Perhaps nowhere is this more clear than in the song “Sios Dhan An Abhainn” which is a cover of the classic hymn “Down To The River” (as featured in ’O Brother Where Art Thou’) translated to Gaelic. 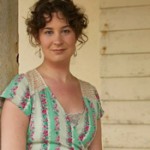 With ”North Star”, Gaelic Americana singer Kyle Carey is making a powerful statement about the ties that bind us together, ties so strong that they pull families back and forth across this world as easily as the tides. With beautiful vocals, masterful accompaniment, and a far-reaching vision, Kyle Carey is making songs that look forward to the next hundred years of American and Celtic tradition.