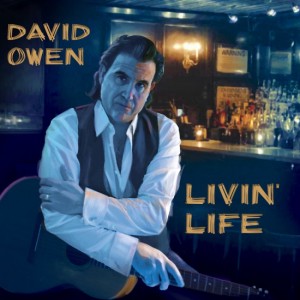 It`s been eight years since the blues world heard from David Owen. The acoustic blues musician who accompanies himself on guitar and harmonica was last heard from in 2007 with the release of his 4 On The Floor EP. That recording followed his debut, Red Hot Kisses in 2003.

Prior to his self-imposed hiatus, Owen’s career had been building in Ottawa, Toronto and other parts of Canada since the ‘80s. In addition to headlining his own shows, the gifted singer-guitarist-songwriter opened for Bobby “Blue” Bland, Big Bill Morganfield, Sue Foley and others. 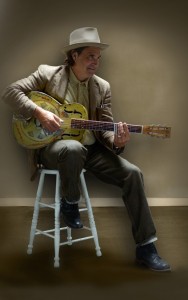 The Ottawa-born performer’s eight-year sabbatical was hardly wasted. For one thing, he and wife Suzana have their own three on the floor now—kids that is (Liam, Ruby and Cash). Although Owen`s career took a back seat to family life, as performing and recording were relegated to the back burner, his song-writing continued to ripen, as is evidenced by his triumphant new 2015 release, “Livin’ Life.” The approach to recording the new songs evolved as Owen honed and perfected his craft. Downchild`s Gary Kendall, onboard since 4 On The Floor, is back as producer, as is veteran bassist Alec Fraser who uses his brush bass style to provide the bottom end and percussion; the talented, multi-instrumentalist Jimmy Bowskill rounds out the studio group, providing violin, viola, mandolin, pedal steel and electric guitar. The result is an original and unique set of rough-and-ready blues and roots music guaranteed to jump start Owen`s career and catch the ear of a multitude of music fans around the world.