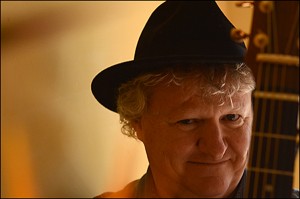 After an extended time away from the music scene, singer-songwriter Spike Flynn made a welcome return in 2010 with a collection of critically acclaimed songs on his album “It’s Alright”. Now in 2014 his new CD, “Rough Landing”, will be released.

Originally from a small town in the west of the state of New South Wales in Australia, Spike is now based in Sydney. He infuses home town themes with an urban edge and a voice that has seen it all but not become jaded. He says his influences are as much literary as musical. He acknowledges being influenced by authors such as Franz Kafka, F Scott Fitzgerald, Kurt Vonnegut, Albert Camus, Gabriel Garcia Marquez , Hermann Hesse and John Steinbeck. 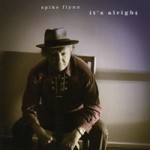 Spike’s musical influences are the early blues – people such as Mance Lipscombe and John Hurt especially – and country artists such as Doc Watson, Guy Clark, Townes Van Zandt and Jimmie Rodgers. In his performances Spike often includes old blues and country material along with his own songs. He is a terrific finger style guitarist.

Spike’s songs explore life with its beauty, pain, sorrows and joys and they often have a semi-philosophical aspect to them. His songs are lyrical stories, songs of the mature heart, the heart that has been through the dark night and has emerged on the other side with a tale to tell. Biographically Spike is a very private person and to try and understand him and his history one must read between the lines of his songs. Whatever the details of his personal history, Spike emerged from his hiatus as a songwriter of note.

Spike now mostly performs in clubs and pubs around Sydney and has recently supported international acts Peter Rowan and his Bluegrass Band, Kristina Olsen, John McCutcheon and local acts such as Jim Conway’s Big Wheel. Since the beginning of 2013 Spike has been performing often in a trio format as Spike Flynn and The Open Hearted Strangers (with acoustic upright bass and percussion).

He is currently recording another album of all original material which he says will continue his emphasis on meaningful, thought provoking lyrics. As well, an album of songs from Spike and The Open Hearted Strangers can be expected very soon. When performing with The Open Hearted Strangers Spike goes back to his roots, playing a mix of early country and blues tunes, as well as original songs. 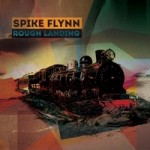 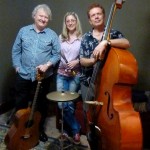