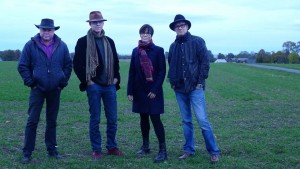 After 2012’s ”Theving In The Alley”, entirely devoted to interpretations of Bob Dylan songs, the focus is back on band members Anders Lindh and Hans Birkholz originals, 7 and 3 respectively. The collection is also graced by one Dylan song, ‘Forgetful Heart’ and one from Paddy MacAloon, ‘Devil Came A-Callin’.

Over the years, Born 53 has developed its own style, rooted in blues, with a mixture of various pop, rock and folk influences from different parts of the world, here noticeable in ‘Forgetful Heart’, played as a Finnish tango, with fado tinted vocals by Åsa Källén-Lindh. ‘Devil Come A-Callin’ has a South American feel, courtesy of Hans Birkholz’s charango, a Bolivian string instrument. The opening track, Lindh’s ‘Looking For Marie Jones’ sounds straight out of the 70’s British folk boom, while ‘Forgive’ is best described as world music.

Birkholz’s 3 instrumentals explores landscapes, developed from blues techniques that seem to travel back to its 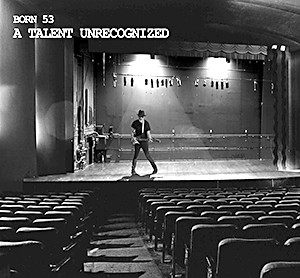 African roots in ‘The Spin’ and ‘The Trail’.

As usual, Lindh has taken good care of his lyrics, this time perhaps a little more personal than before, ‘Crimson Red & Aqua Blue’ is a love song with an edge of mortality, and ‘Morning Song’ is an ode to a love crossing boundaries of various kinds. ‘The Great Liberator’, on the other hand, find’s Lindh at his satirical best. ”I wrote it a couple of years ago”, he says, ”thinking metaphorically, imagining a slick, sophisticated usurper of our minds, but then we got Trump”.

And as for the title song, ‘A Talent Unrecognized’, Lindh writes :

”When I saw Jesus on the cross, I was well advised, maybe lucky is a fella, with a talent unrecognized”.