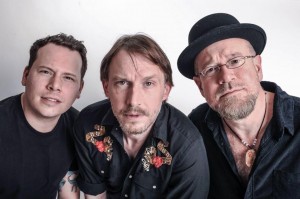 The Perpetrators front-man and founding member Jay Nowicki is rated one of Canada’s tastiest guitar players. Together with the “meat-and-mashed-potatoes” rhythm section of Emmet VanEtten & John Scoles they deliver a tight, raw and intense blues experience that is sure to make you get up and shake it.

The Perpetrators’ albums have garnered WCMA awards and Juno nominations. Their ability to stay grounded to their Winnipeg roots, coupled with the raw energy and extreme talent makes this one of the best groups to come out of Canada. 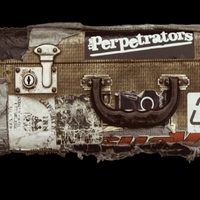 Once a not-so-well-kept-secret in their hometown of Winnipeg, Manitoba, Canada – where they acted as house band for such visiting blues legends as Hubert Sumlin, Louisiana Red, Paul “Wine” Jones and others – The Perpetrators kicked things up a notch in 2006. A European Tour capped off a Juno Nomination and a win at the Western Canadian Music Awards. That decade, The Perps released two more albums, garnering various award nominations.

In late 2009, Jay Nowicki teamed up with Romi Mayes for extensive touring that saw them travel across the US, Canada, and Europe, and recorded the critically acclaimed live album “Lucky Tonight” in 2011. 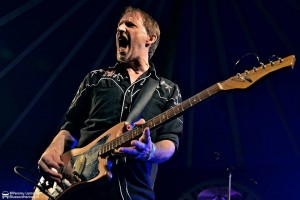 2013 had Jay and The Perpetrators back in the studio to record their latest release, the long awaited “Stick ‘Em Up”, which Dr. Boogie (Classic 21 – Belgium) described as: “The dirtiest stuff you made [sic] so far, and the more accessible for my greasy ears…” Accompanying the release, The Perps returned to Belgium and Holland for the first time since 2009.

“Stick ‘Em Up” has been met with rave reviews, as well as a Western Canadian Music Award for Blues Album of the Year. The festival season of 2015 will take The Perpetrators across Canada, and overseas once again.