Shortly after their formation in 1997, they were hired by the company Avispa to edit “Más allá del sur” (1999) produced by the singer Medina Azahara (Manuel Martínez), and the video “Guitarra. Espejo de mi alma” (selfproduced).

After their appearances on diverse stages and some changes in the formation, they are headliners for two consecutive years of the AL – LAMA festival in OUED LAOU (Tetouan – Morroco) and use their stay in the African country to shoot the video “LAS TORRES DE BABEL”, which turns out to be the cover letter for their new record. 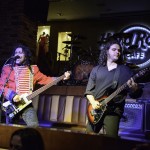 Back in Spain, they register their second album: “ALHAMBRA” (2008), recorded between Mallorca, Andalusia and Morocco, being the result of a dream come true due to the effort of musicians with different kinds of racial, cultural and musical background: Andalusian (with the prestigious violinist Nourdine Chkara), Flamencos (Juan Delola, Ricardo de la Concepción and Andrés Moreno) and the band’s progressive rock. 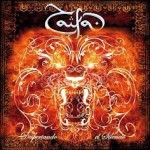 fter the feedback gained from “ALHAMBRA”, several performances all over Spain and the participation as headliners in the first Metalkesh festival of Marrakech, Luis Massot (voice, bass guitar), Miguel Maya (guitar) and Antonio Medina (drums), they come up with their third record “DESPERTANDO EL SILENCIO”. A much more mature bet on fusion, with the Moroccan collaboration of the Andalusian orquestra “Abnae Ziryab” (Tanger), the band Gnawa “Guya Abdessalam Bouzkeri” (Tetouan) and the flamenco from Ricardo de la Concepción, which has 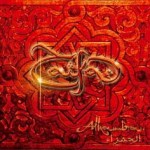 been recently introduced live in the Moroccan city of Chefchauen.

The most powerful Progressive Rock is blended again with typical flamenco melodies and Maghreb’s taste. 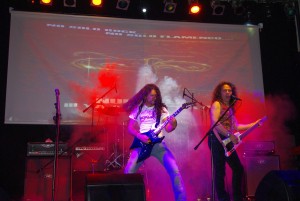