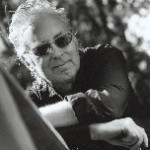 The new album “Dear Elvis” by Vanishing Castle artist Cris Cuddy marks a jubilant return to his rock’n’roll roots and this collection harkens back to his several recordings with trail-blazing roots rockers Max Mouse and the Gorillas, who answered that age old question “Can A Gorilla Sing The Blues” with a mighty howl which former Spin Magazine Editor Glenn O’Brien labelled “tortured-with-a-twist-honkey-soul-twang”. 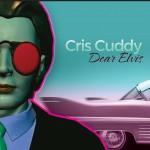 Cuddy’s previous 3 mellower acoustic CD’s have seen his songs recorded by artists as diverse as americana and bluegrass artists Jim Hurst (ex-Claire Lynch sidekick) who ripped it up with his firey version of “Long And Lonesome Old Freight Train”, The Spinney Bros who chose the moving “Sally’s Waltz”, in addition to Prairie Oyster who aced “Tom Cat” and “Long and Lonesome”, and songwriting great and mentor Mickey Newbury who used Cris’s “What If Frankie Doesn’t Like It” (and yes, it’s about “Old Blue Eyes”) as a segue on his masterful “Long Road Home”. And there are more in the works… 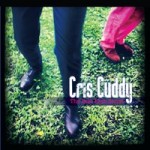 “As Usual The Unusual” this CD veers from the summer dance fun of “Here Comes Summer” and the exuberant ode to a rockabilly queen “Starlene”, on through the bluesy “Tom Cat” featuring the great Gene Taylor on the keys, to the brooding sensuality of “I’m A Cadillac”, the rollicking “Rock’n’Roll History” with Gene and guitar whiz Albert Lee, the trance-like Stonesy 12 string beauty of “Magic Girl”, with a few more stops in between, including the deep bayou vibe of “Friday Night”, featuring Roly Platt’s wailing harp, all leading up to the dreamy, heart-breaking ballad “Dear Elvis”. 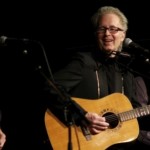 As with his previous recordings Cuddy’s ace harmonica pal Roly Platt has used his graphic artist skills to produce another stunning cover from a striking image by videographer and musician Sherine Cisco, as well as blowing the top off “Friday Night”.