These days, I have received a couple of CD’s from German label “Lollipopshoppe”, and one of release is album of Russian artist Yat-Kha, he is from Tuva republic, and most of his works contain traditional and folk elements of music from his region. 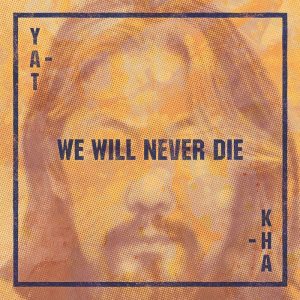 Yat-Kha is well-experienced and internationally acclaimed musician, with 8 realized albums. “We Will Never Die” is one of
those releases, where we can hear  a lot of original and unusual tones, phrases, as well as unusual arrangement solutions.
His deep and cracked vocals create the psychological structure of the songs, where the background music conducts the complete atmosphere. Altough Yat-Kha has been largely anonymous in these parts of the Balkans until now, there is no doubt that his expressive pastiche is very close to the audience here.

We also have the opportunity to hear two unusual versions of songs : “Solitude” (Black Sabbath) and “While My Guitar Gently Weeps” (George Harrison), which are not available in the digital version, but which lead us to a completely different way of thinking. Often a very strong and heavy atmosphere is set through the arrangement form, but the author’s originality is absolutely unquestionable.
“We Will Never Die” is one of those albums that requires more frequent listening activity, as well as analytical approach.