ERTHA – “And The Stars Went Out”

Out of city Blansko, Czech Republic, comes band Ertha. They have started career in 2005 year, but in previous 2021. the group recorded and released debut album, entitled “And The Stars Went Out”. 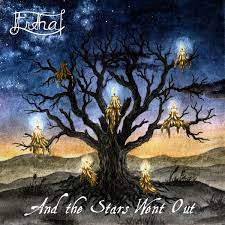 The group has a great female singer in its line -up, her name is Ereis. She also plays the Celtic harp, and the other members from band also plays instruments such as : violin, flute, contrabass. Another singer in its line-up is Zelda, and he is responsible for growl vocalization. 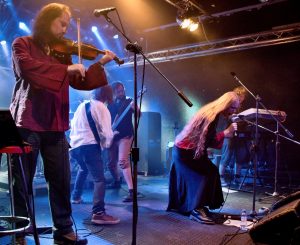 As a band Ertha are deeply in goth/symphonic metal. The structures of their songs posses complexity and also medieval elements. I would add that the band is infected with the 90’s sound also, but production of songs from actual album is I can say modern, and enter the standards of the present moments. 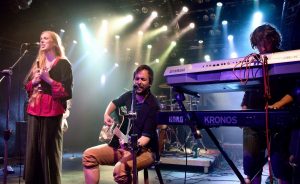 It seems that the Czech band managed in some way to harmonize the musically “darker” passages, with so-called brighter tones, and more or less almost material fulfills such a relationship. The members of the group are convincing instrumentalist who understand very well the stylistic challenges that characterize their musical progress. “And The Stars Went Out” is under symphonic metal  interesting, but also serious release, that will be supported by fans of the mentioned genre tendencies.