M.LOCKWOOD PORTER – “Communion In The Ashes”

M.Lockwood Porter is Oakland, California based songwriter, whose career doesn’t accept usual elements of exposures and introduction to audience circle. But his 4 albums confirm that his  engagement includes some sort of political activism , as same as social researching views of nowadays reality. 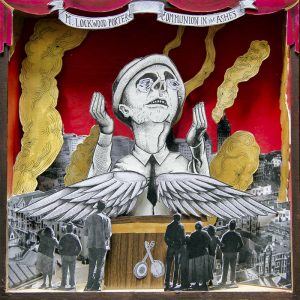 His latest full-length release “Communion In The Ashes” opens certain questions and also provides possibilities and solutions. With his following musicians and team, he researches and recapitulate elements of modern Americana, alt country, indie folk, indie rock in one common wall of sounds, whose suggestive textual approach characterizes most songs from the album.
Most of them are done in mid to mid-up tempo, where lyrical message leads the structure of the song. 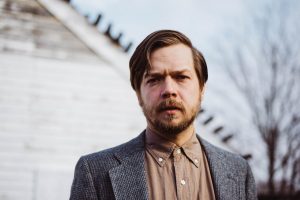 “Communion In The Ashes”, as a album is not an easy release to analyze, but author’s statements and views  are clear and convincing. Production and I would add also arrangements are secondary to the text message, but that was the author’s choice in final.