Slow Faction is London based act, influenced by 1st generation of punk and generally punk movement, specially as they said   they are deeply influenced by London 77 sound. And, that’s true. 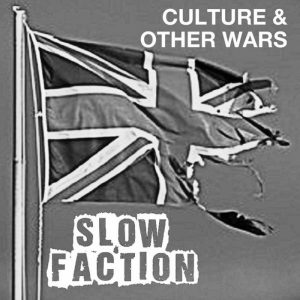 They make and reproduce music with politically-charged songs, with big hooks and choruses. And they really knows to remind on well-known Vibrators or The Clash , and the sound of Slow Faction psychologically also touches attitudes and views of mentioned groups. But, that’s not only what our London fellows knows to offer .They are pretty strong, well-trained as a coherent team, and their messages are clear and without any compromising moments and details. Slow Faction reminds us on some past times, for many punk followers better era and period, but their energy without a doubt capture a standards of our time. 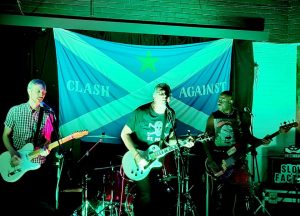 As a album with 6 tracks in, Slow Faction’s actual release “Culture & Other Wars”  posses all the attributes what one band with clear perception and clear views have to offer to audience. Slow Faction are company whose messages will equally accept older and newer generation and followers  of punk as a genre, and generally punk as a movement.