Les Fils Canouche group activities, these days are very actual. Their fresh 6th album “Nagori” will be  available digitally on April 29, and physical release will be ready on May 20th. Actual release will be presented live on stage on Thursday, June 16, 2022, at Studio de L’Ermitage (Paris). 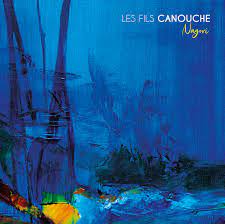 Les Fils Canouche are one of the groups who breaks the rules under the genre’s spheres, cos’ their exposures touches many elements outside classic stylish options. “Nagori” with 9 tracks in basically is album where group on authentic way combines elements of world music/gypsy jazz  and Latin music  including, but with many additional other segments as a Arabic music, Mediterranean folk, as same as Balkan folk traces. 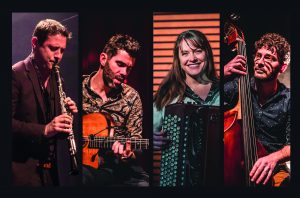 But, during the presentations of themes from album, a members from band constantly put in   not standard improvisation, but often unexpected playing. All of the time up tempo changes, as same as rhythmic variations, characterizes conversations between band members. In one theme potential listener can expect often mood and atmospheric changes.
“Nagori” as an album confirms qualities and knowledge of band members , as same as quest musicians, and without a doubt, a group and  their position in the sphere of world music will be stronger as the case was in previous periods.

STEVE ANDREWS – “Songs Of The Now And Then” SOADAN – “Pieds Nus”