Temple Of Switches as a band is alter ego of composer/multi-instrumentalist Tenk Van Dool, who is responsible  for all the things around the projects, albums and music as well. Back in 2015. he has recorded his first album, and showed how the things are going on in his body and soul, and his pretty rich musical knowledge. 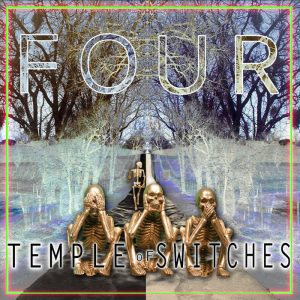 Actual release “Four”, he has recorded with few friends and extraordinary musicians, who helped him, that all the things sound good, attractive, why not to say modern, and thrilling. “Four” with 11 tracks in, is an release full of atmosphere changes, mood and emotional transformations, excellent playing, with additional of strong authors signature. This is for sure progressive album, judging by the genre’s views, but many crossover elements are here and there, as a fusion, progressive rock, classical and jazz , among many things in-between. “Four” is an album for the followers of older and newer progressive tendencies, and this is release whose music will be loved  by the seniors freaks  and younger listeners. Enjoy!