Some days ago, I have received from Severine Berger and her “VeevCom” agency, an interesting promo release of two extraordinary musicians  – David Aubaile and Julian Tekeyan, named “Hima”. The mentioned title of album on Armenian language means “now”. 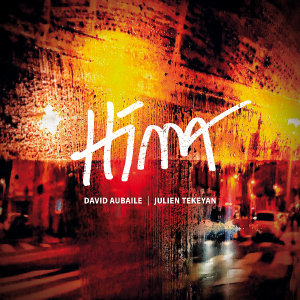 Both of instrumentalists are musicians with huge experience and long career, and both participate and plays with several groups/artists. They have released an album full of experimental traces, experimental ideas, and all of the presented music touches several music genres, as a : jazz/fusion/world music, among others. But free improvisation between them , entering in new sphere of individual performing, as same as specific communication, are the leading elements of the 11 themes from the album. David Aubalie, virtuoso of the piano and the flute, keyboards, and Julien Tekeyan , response for drumming, percussion and looping, have face it with many challenges and colorful soundscapes, so in the final a potential listener receives enough portion of pleasure and satisfaction. 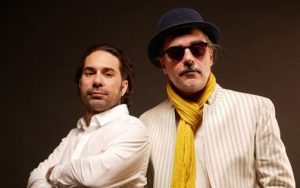 Their music brings complexity, but also this is  music full of rhythm changes and constant sound diversities. There’s no doubt, that this is also a modern release, modern and fresh album, ideal for worldwide followers with specific taste, and also for the fans who are looking for the new views in jazz/fusion/world music.David And Julien will present music from “Hima” album at “Le Hasard Ludique” ( 13.04.2022).