These days I have received a very interesting promo release from “Bite It ” promotion agency and Anne Wetzel, and this is an album from Dyan Valdes, entitled “Stand”. 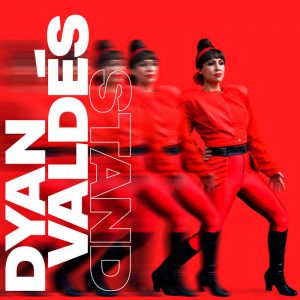 Dyan Valdes is a Cuban-American female musician living in Berlin. She is a founding member of indie rock band The Blood Arm and synth punk trio Mexican Radio, and plays keyboards in German legends Die Sterne.
Till now, she has released with groups  10 albums, and actual release is her first solo album.
It is interesting, that all of the songs she has performed solo, complete album materials she has released with own hands, plays all instruments, and she has showed her capabilities as a singer. 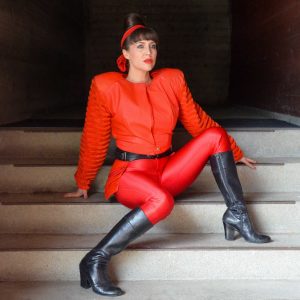 As a album, “Stand” with 11 songs posses some of the feminist psychology, but also is present one optimistic atmosphere, and psychology whose traces touches clearly 80’s period as well. Some older critics would say, that this is “nice new wave album”, but new wave and post new wave influences are present in every corner of each song from the  album, and there’s no doubt  that influences from mentioned era Dyan has accepted as a author and performer.
“Stand” is also album where dance elements and also 80’s pop pastiche are constantly active from the  first to the last tact. This is a pretty interesting, promising, serious and optimistic release, specially acceptable for the followers of  the 80’s new wave.

DANGEROUS TRULY – “If Is Not The End, We’ll Be Forever Out Of Touch”? AGUAMADERA – “Las historias que han dejado”