Randi Tytingvag is well-known Norway female singer-songwriter, well-established in her homeland. During the previous years, pandemic period, she had also some health problems, but finally everything has been finished in best possible way. 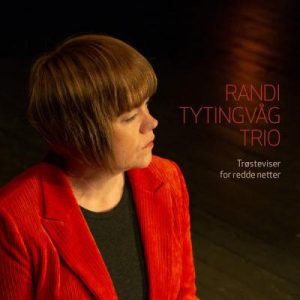 The line-up of her band is consisting of : Randi on vocals; Dag Vagle is responsible for guitar, mandola, vocals, backing vocals, and  Erlend E Aasland has been playing tenor guitar, ostave tenor guitar, banjo, cello banjo, mandola and backing vocals. It’s also important to announce  that several well-known national musicians have taken  place here  and contribute on actual album.
“Trosteviser for redde netter” is her first album recorded in Norwegian language, where we can find 11 tracks in, done in expecting folk/jazz mood, with many other very original additional. Even that songs from album, not all but some of them, posses sad atmosphere, and “darker” mood, one optimistic view is evident in final. The arrangements creations are original, Randi vocalization is clear and precise, and songs are mostly listenable.
Even that you  probably are not familiar with Norwegian language, you can clearly feel and hear emotion in Randi’s voice.
This is serious release, specially for the music followers with sophisticated taste.