Diana H.P is well-known Brazilian artist and songwriter, and she has worldwide promotion of her newer album entitled “Fazer & Cantar”, on December 3, 2021. 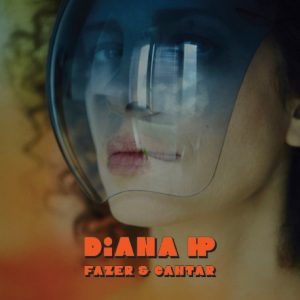 This is her 3rd release, and probably one of the most serious product in her entire solo career. On 8 colorful and vivid songs from the album, recorded with experienced musicians and artists, she has offered a variety of styles as: world music, jazz, 60’s and 70’s pop, with additional strong psychedelic elements, but if we speak about psychedelic influences, comes to mind an innocent view, whose reflections dated from the first era of mentioned genre exposure. 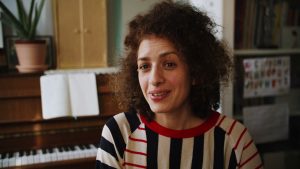 In all aspects we can hear Brazilian musical heritages and traces, specially from the past times, but there’s no doubt listening a complete album, that we have here one fresh and modern release. Melodic songs, strong and clear arrangements creations, as same as modern production, are results of this album in final. In my opinion, many famous Brazilian musicians from the mentioned period of the 60’s and 70’s, could be proud and satisfied with Diana’s actual album.