The L.A. Maybe are newer act, hailing from the southern heat of the Carolines. These days I have received an album from band, entitled “Dirty Damn Tricks”, and this is their debut, with 10 tracks in. 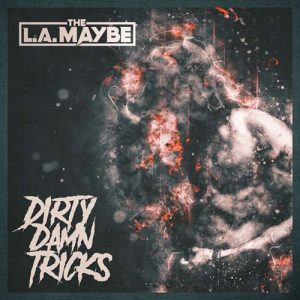 USA fellows are pretty sure in own attitudes and values, and their music is uptempo sleazy hard rock, known and established during the periods of the mid 80’s, and beginning of the 90’s era. So, many followers of Guns ‘n’ Roses legacy, AC/DC, Faster Pussycat, Krokus and many similar acts, can be find many interesting elements in music of USA group. So, it seems that sleazy/glam hard rock is in the fashion again. The L.A. Maybe all the things done in professional way, and all of the songs from album poses expecting great vocalization, as same as riffing tricks released by the band’s  members. Under the mentioned genre, The L.A. Maybe performs all the tracks as an act with evident previous experience, furiously, without any possible so call present mistake.

USA fellows also very seriously and carefully take care about promotion campaign, and many webzines and magazines writes articles and reviews about their actual debut. So, if you a follower of this sort of music and sound, USA mates are group for your taste.