For all the followers of Latin/world music tendencies, French band Cumbia Chicharra is well-known name. During the previous years with their explosive concerts, positive vibrations, joyful creativity, a group from Marseilles has received many positive feedback worldwide, and under the national sky. 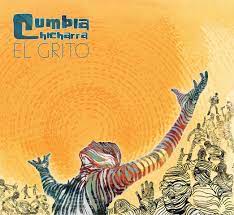 Another impressive thing is that they have played over 350 concerts, from France to Chile, and also in Russia, Croatia, Spain, Morocco, Germany, Hungary…
“El Grito is their fourth album, and worldwide premiere will be on October 15th,  2021. Fans of  group’s legacy can find actual release on CD, LP, as same as in digital variant.
“El Grito”, with 8 tracks in brings expecting positive atmosphere, and this is an album full of rhythm changes, rhythmic variations, melodic experiments, and with sound influences which a group has “borrowed” from Latin American legacy, also from Afro and Balkan music folk heritages, where in final we have here an original creations, with one optimistic view as well. The songs which group reproduces and delivers, posses catchy dancing elements, and this is evident from the first to the last part of the album. El Grito in its line-up have an excellent musicians, who knows how to create interesting arrangements. All the other technical elements functionalize as well, and according to the standards of our time.

CHRIS BEER – “Who We Are” Zlatko Manojlović – “Od Daha do Gordih”