Finish act Astral Bazaar isn’t an unknown act under the newer psych./progressive sky. They are hailing from capitol Helsinki, and work as a sextet. First album “Pictures Unrelated” a group has released in 2018 year, and in March 2021, a new album is here, entitled “A Sudden Realization”.
Followers of Finnish act can find this release as a CD, vinyl and digital, and this is a conceptual album with 9 tracks in. 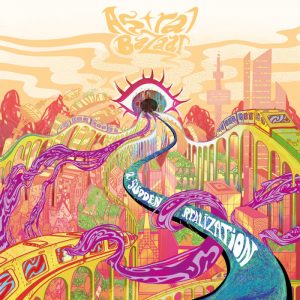 I have to say that Astral Bazaar is more than serious act, and members from the band well-know the secrets and traps of musical territory which belongs to their interest. They combine elements of psychedelic and progressive as a genres, where psych as a form is more evident in its sound. Finnish fellows has captured the genre’s standards of our time, but also we can find here and there influences taken from the periods of 60’s and 70’s years of previous century. Even that some reviewers compare a group’s views with other legendary Finnish groups/performers as a: Wigwam or Tasavallan Presedentti, or Pekka Pohjola and Jukka Tolonen, I would say that more influences a group has taken from the legacies of, for example: an earlier band of Steve Howe – Tomorrow, or L.A. act – Kaleidoscope. But mentioned influences are only a part of band’s music traces, and their connections with the periods of mentioned 60’s and 70’s. 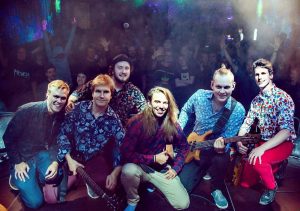