One of the persons who keeps the flag of the glory days of pop music, and not only this, is Mr. Nick Frater. He is Croydon based multi – instrumentalist and songwriter, also producer, with respectable experience behind. 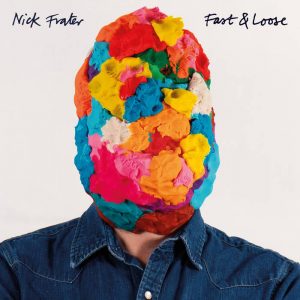 His actual album from September of previous 2020 year – “Fast & Loose” is his 5th release, with 11 tracks in,  done in sophisticate, but also natural pop mood. He penned songs with charming signatures, and his melodies know to associate on some earlier era of pop music, as specifically as periods between 60’s and 80’s years of previous century. Without a doubt, traces of power pop, easiest variants of rock, and some half-ballads are elements which clearly describe his music. Mentally, Nick prefers 60’s pop mood, and knows to combine mentioned stylish views with power pop including. In the final, the score is interesting, and potential fan or a follower could find in his songs many melodic lines and good pop sound. But, Nick isn’t only a follower of retro variants, he is also a modern stylist, who knows that all of us live in 21st Century, where different relations balancing within music world.

In his “Fast & Loose” album, Nick has offered equalizing material, with many radio friendly using tunes. His album could be acceptable for the followers of the older, as same as for the fans of newer pop tendencies.