THE MYSTIX – “Can’t Change It”

The Mystix are the band, whose musicians are well-experienced artists, recognized during the years for their unique interpretation of music with clear American heritage – Americana, roots, blues, country and even gospel. 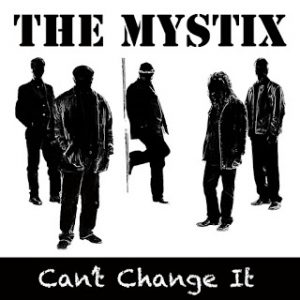 Actual release with 13 + 1 bonus track, entitled “Can’t Change It”, is consisting of covers and original material, with  mostly old-fashionable taste and same interpretation. “Can’t Change It” is also an album where the presented songs we can also put into some previous era, for example, period of 60’s, 70’s and 80’s as well. Vocal of Jo Lily, the leader of the group knows to remind on J.J.Cale or Dylan method of singing, and that’s the one of specific, and at the same time, interesting thing. When the group is on the field of so call “narrative”songs, it seems that the all the things functionises as well, and that complete team in more convincing way did all the job in best possible manner. The songs from the album, a group has also treated as that they play alive in some club. There’s no doubt that in final, they have offered more or less, an unique presented material with relevant production realization.