For the audience, who never been  informed before, and also aren’t a residents of France or Spain, Antonio Placer is a established musician/composer/poet/singer/arranger, exiled in mentioned France, who has worked with many other artists, also released  13  albums and performed worldwide. 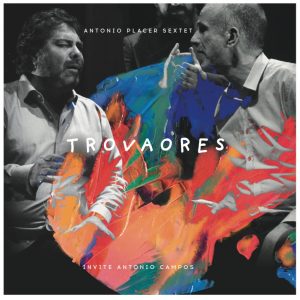 He has shared his art, and composed shows with artists such as : Fernando Suarez Paz, Renauld Garcia Fons, Steve Swallow, Carlo Rizzo, Christina Azuma, to name a few…
“Trovaores” is an album which Mr.Placer has released with his sextet, and  it will  see the light  of day worldwide on December 11th. This is very “alive”, and at the same time sincere music, with strong emotions, different moods, different atmospheres, where  in one specific and unique way, a group/musicians with his leader has united a various genres, as a world music, flamenco, chansons, jazz, and many other styles in between. There are 7 songs on album, whose concept and message aren’t for a listeners who doesn’t posses empathy for the strong feelings .
Antonio Placer Sextet has offered a vivid melodies, strong emotions, and enough elements of originality too.