..AND SILENCE REMAINS – “..And Silence Remains”

And Silence Remains is a side project, also we can say one man band of Australian fellow from Perth, singer/songwriter – Timo Wimmer. He is in the saddle from 2007 year, and during the forthcoming period he has traveled through many phases near to psychology of underground metal and followed up the same aspects of finding his place on uncertain music sky. 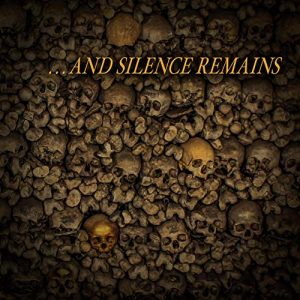 He is also running “The Rising Records Recording studio”, where he has recorded his self-titled album, and also through previous periods worked with many national/local groups/artists.
“And Silence Remains” is an album with 10 tracks in, available in many relevant digital platforms, also  released in CD format. Timo himself, did all the things, played instruments, sang, recorded and produced complete presented material. The songs from the album are some sort of his travel/journey through, as ha said, “dark stories, dark practices, dark beliefs and darker facts” as well. 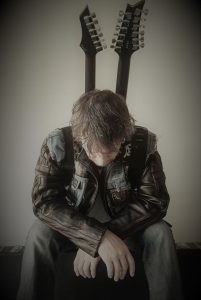 On the other side, Timo is faithful to one older option of heavy/power metal, added with clear melodic metal traces and speed metal including too. His performing vision, as same as vocal exposure, knows to remind us on some earliest phases of genres history, and this is an era of late 80’s and beginning of the 90’s period. Some of the listeners would say that Timo is an old-school or retro musician, if we of course, speak about mentioned genre’s variants, but his production work, as same as arrangement results, has showed that he also captures the standards of our time. “And Silence Remains” as an album also can be accepted and treated as a conceptual album, where all of presented songs/themes posses connective dimension.
With his album Timo has introduced himself as an artist with a certain knowledge of music with which he communicated with, so the followers of older variants of heavy/power metal tendencies could be satisfied with his author’s ideas and performing realization…

LOUIS JUCKER – “Something Went Wrong” SCOTT McCLATCHY – “Six Of One”