Kelly’s Lot is California based band fronted by female  singer and author Kelly Zirbes, folk songwriter, but also with valuable blues signature in her legacy. She has a longest career, started in 1994 year with her Kelly’s Lot band. In 1996, she met guitarist, soundman and later her partner Perry Robertson, who soon after produced Kelly’s lot album – “Live At The Troubadour”. 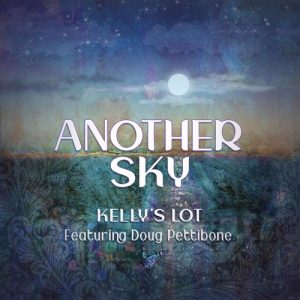 “Another Sky” is believe or not, 15th release of group, with 12 tracks in, done in Americana, folk, roots rock style, with also evident blues and soul touches as well. Kelly posses warm and gentle, but at the same time clear voice, and songs from the album varies in mentioned stylish options, from folk tendencies to roots rock variants, also with bluesy feeling, some rocking up-tempo variations, and some easiest tunes, with insightful lyrical approach too. 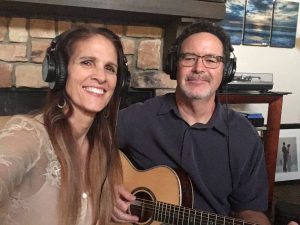 ” Another Sky” is also album with  old school “emotions”, rich and colorful sound, and modern production . I would add, that very possible, a tenth song – “Christmas Is Calling” posses evident commercial/radio airplay potential. “Another Sky” is a pretty  listenable album, released by well-experienced musicians.