Ed Hrybyk is an upright and electric bassist, composer, arranger, and educator emerging from the Baltimore/DC area. Ed graduated from Baltimore School for the Arts in 2006 where he studied classical bass with Laura Ruas. He graduated from the University of the Arts in 2010 with an undergraduate degree in jazz bass performance. Under the tutelage of Craig Thomas and Steve Beskrone, Ed received the Jymie Merritt Bass Award. 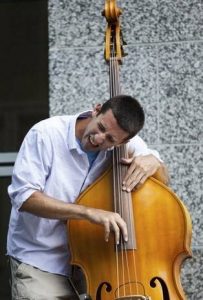 A passionate educator, Ed has been giving personal lessons on bass since 2006. He completed his Master of Arts in Teaching at UArts in 2011. During this intensive one year program, he studied various pedagogical methods that have shaped his own style of teaching. In September 2018, Ed returned to Baltimore School for the Arts as the school’s jazz instructor.

Ed resides in Baltimore, MD where he has performed with local bands, Ultrafaux, The Bumper Jacksons, Hot Club of Baltimore, and Unity Reggae Band. He is featured on three albums with Ultrafaux, three with Hot Club of Baltimore, and one album with Sonny Nelson and Unity Reggae Band. In addition to these bands, Ed has performed alongside esteemed musicians such as, Tedd Baker, Victor Provost, Lena Seikaly, Elijah Jamal Balbed, Warren Wolf, Russell Welch, Rhythm Future Quartet, Olivier Kikteff, and Stephane Wremble. 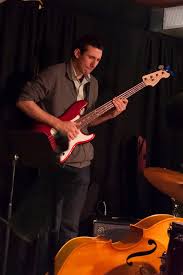 In 2016, Ed made his debut as a bandleader performing a collection of original compositions with his band, the Bright Moments Sextet. Check out some of the video footage here.

August 2018 marked the public release of Ed’s debut album of original compositions entitled, “Bright Moments.” The album, recorded at Baltimore’s Heartwood Sound Studios, features a cast of all local musicians. It is available on all online platforms with physical copies available through www.edhrybykbass.com.