Michael Johnathon isn’t a musician, writer and artist, with so call classic career behind. He is a touring songwriter, author of 5 published books, composer of the opera, and his duties accept many other artistic works. 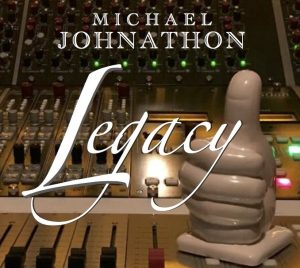 He is also, with actual one, owner of 15 albums, and this is really respectable quantities of realizations.
“Legacy” is an album with 10 tracks in, where we can find well-known songs penned during the previous historical years, and Michael gave ’em his own signature and performing approach. So, we can face it with the songs of Pete Seeger, Bob Dylan, Harry Chapin, Kingston Trio, James Taylor…Mr. Johnathon sings with passion, emotions and minimal instrumental following as well.
I can not say that arrangements are different from original versions, but method of singing is a specific element of his interpretation, and potential listener can enjoy in Michael visions and views in final.