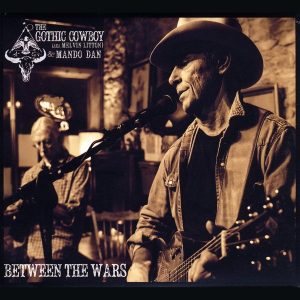 “I’m a creek bank ghetto boy, a 2 legged child of the prairie. I been blown between the rockies and the rising sun, and I’ve tumbled up against a few cities. I began my singin’ on the northern tip of the Louisiana Purchase, along the night shores of Edmonton, Alberta.

I stayed the whiskey season then caught a warm southeasterly. I’ve touched Canada, the North Atlantic, and mined Colorado all over. I found that Kansas has the softest loins. The military trained me to stand upright and I’ve worked a pick ax and shoveled my grave a thousand times. The booze has begun to line my face. I’ve got an opinion on everything and I’ll sing till I’m hoarse or the stalls are empty. I consider myself a neo pagan, a bat winged balladeer. The earth is my totem and I hold by her and all her species. I fly the banner of the dagger and the rose and declare my faith in both, all this is in my songs. The shepherd of wolves, moon mad and musical, I ain’t no socialist jukebox. Mostly I bat my own pitches, though I’ll hit an occasional Jimmie Rodger’s spitter, the Hank William’s slow ball, and that Bob Dylan slider. I’m traditional enough to walk some pretty ballad and mean enough to go down swingin’ against the knuckle ball.” 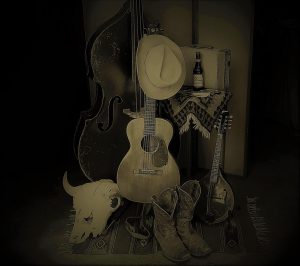 “When I retired the Border Band in 2016 after a 20 year run, I aimed to ride out my days playing solo. But I soon partnered up with ‘Mandolin’ Dan Hermreck, a fine player and even finer fellow. You can catch his sounds on our new acoustic CD ‘Between the Wars’ along with these 2 exceptional guest artists and friends, Jeff Jackson on standup bass, and Til Willis on harmonica.”