JOHN CROOKS – “A Map Of A Human Heart” 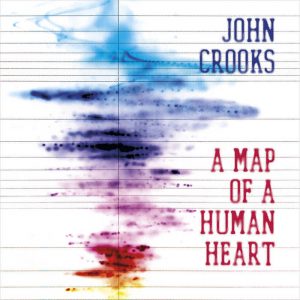 In his homeland, and why don’t say also abroad, Mr.John Crooks is a live legend. His career started out in late 80’s, and he was an important part in several popular and less popular acts. He is really a person with respectable experience and knowledge, and singer/performer/author with recognizable style.

During the late December 2019. he has released an album with 12 tracks in, entitled “A Map Of Human Heart”.
He was a composer of complete material except one song, where he is a co-author, singer, keyboarder, and he has introduced himself as a musician who skillfully combines elements of older pop/rock approaches with nowadays standards. Followers of 80’s pop/rock, melodic rock, nothing less than fans of 60’s beat and pop, could find many interesting and brilliant elements in his music. Melodic lines, listenable songs, acceptable for radio using, memories which lead us to the better past periods, these are the things that we can find in Mr.Crooks legacy. Wonderful themes, repeatable choruses in practically complete presented material, that’s simply what John Crooks has offered in his album.

This is a brilliant album for all sentimental listeners, who are ready to accept new pop/rock variants, but also for fans with clear taste of music from the periods between 60’s and 80’s era as well. Recommendable! 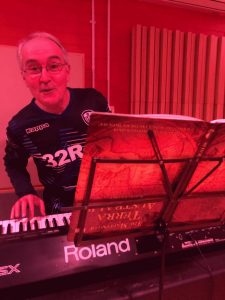