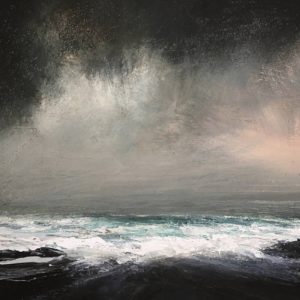 A female fiddle quartet – Rant are respectable name on the folk music market in UK and abroad. During the period of existence they have released 3 albums, actual one in last period of previous 2019 year, entitled “The Portage”, with 10 instrumental tracks in.

“The Portage” was recorded over four days in the renowned Mackintosh Queen’s Cross – the only church in the world to be designed by an architect, artist and designer Charles Rennie Mackintosh.

All the ladies from the band had previous experience and well-knowledge, and actual album has been released as a sort of well-planning session.

Offering materials touches the spirits of traditional British music, Celtic folk, as same as some Scandinavian folk traditional. A potential listener have real nice opportunity to enjoy in performing lessons and  sophisticated acrobatics of four ladies, whose music knows to lead you far away from reality to previous centuries.

“The Portage” is an (un)expected cultural traveling to far horizons and landscapes, with strong arrangements and production qualities too. 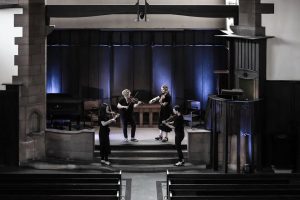