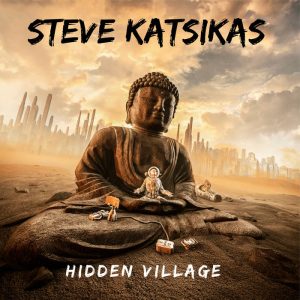 Keyboarder, vocalist, author, but also performer of few other instruments, Steve Katsikas, has released an album with 11 tracks in, entitled “Hidden Village”, some period ago.

He has recorded an album with assistants of about 20 musicians, and spent about a decade in the making. He has previously also participate in the band named Little Atlas, and some influences, as same as musical traces, can be seen on his actual release. 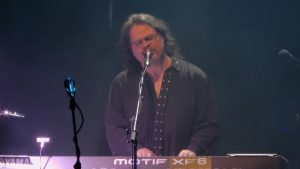 “Hidden Village” is an album, little harder to put in classic genre’s spheres, but elements of progressive, progressive rock, as same as art rock elements are present on complete album material. All of presented songs deserve repeatable listener’s attention, and also are more than acceptable to the followers of progressive music. Equally to fans of older variants, as same as to followers of newer tendencies. Steve has offered 9 author’s songs and 2 covers – “Across The Universe” (The Beatles) and “The Gunner’s Dream” (Roger Waters /Pink Floyd). Both covers has given a new breath and specific performing atmosphere. As an album, “Hidden Village” is full of specific atmosphere, and mentioned atmosphere is a central element of all of Steve’s songs.
“Hidden Village” is a serious album of  well-educate musician, who knows how to create his ideas in one own movie.