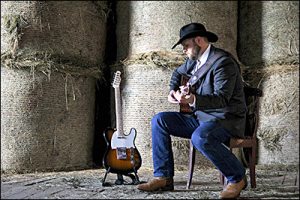 Dave Rosewood grew up in The Ozark Mountains absorbing the sounds of bluegrass, country, and gospel music as a child. He later discovered the joys of blues and its sibling rock and roll.

Dave has delighted audiences around the world with his unique brand of music. Whether moaning the blues on a slow train to Goa or entertaining on the streets of Tokyo with a battery 1 powered guitar, he never fails to deliver a powerful performance.

Despite 20 years of writing music and playing around the world, Dave has never officially released any of his music until now. In his travels, Dave found love and moved to Europe. Being absent from his native land, a desire grew to record and release his own music. Dave writes and sings about life growing up in rural America, his travels far and wide, and the people he meets. 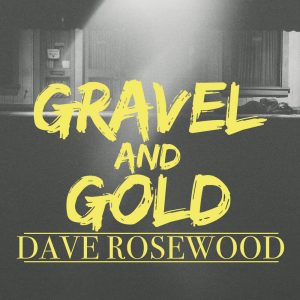 Dave´s debut album ”Gravel And Gold” harkens back to music produced in the late 60´s as an ode to the past and a nod to the future of the the country and rock genres. His single ”20 Years” has been recognized by Sonic Magazine and New Nordic Indie and added to their respective Spotify playlists.

Dave will be kicking off his 2019 ”Gravel And Gold” tour by taking country music back to its roots with January dates in Scotland. A full tour in the UK is planned for summer and fall 2019.