THE DECIBELS – “Scene, Not Herd” 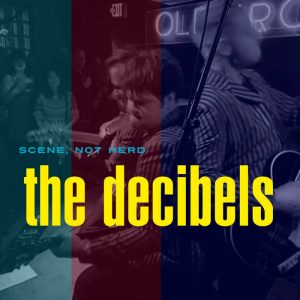 Out of Sacramento, California comes a band with longest history behind. The Decibels aren’t unknown name for the followers of power pop tendencies worldwide, and its career is respectable and noticed during the previous years and past period.

They are quartet, where key responsibility belongs to vocalist/guitarist/main composer Dean Seavers.
“Scene, Not Herd” with 12 tracks in, fans of the band can find on CD, vinyl and digital as offering formats. The Decibels are faithful to one known standard, where their music combine elements which comes out equally from  the 60’s and 80’s period as well. So we can find some 60’s beat influences as same as 80’s power pop idioms. In some aspects band also reminds on USA acts as a: Pezband, The Beat, The Look, or more garage alike act – The Inmates.

The Decibels sound posses quite enough melodic lines, and with additional reflecting performing energy, final result satisfies in many aspects.

“Scene, Not Herd” are consisting of material acceptable especially for the fans of 60’s and 80’s power pop tendencies, but I would also add, that USA act has offered enough interesting and motivated details, near to nowadays standards. 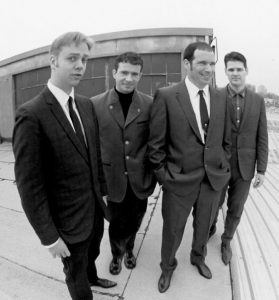