Patrik Jansson Band was formed in Stockholm, the capital of Sweden in late 2007. After playing drums in various blues bands and jazz combos, hard-rock and 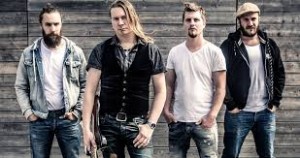 metal acts for several years, Patrik decided it was time for another challenge. He picked up the guitar and started playing and singing in hopes of developing as a songwriter and a musician. “I’ve always loved to learn new things” he says.

With a passion for heavy Texas blues and with a new mission in life he started looking for musicians to play with. “I had a pretty clear idea of what I was looking for” he says, “I wanted to play blues with a more modern approach. Blues is supposed to feel fresh and alive, it’s a most vital music in my opinion. In short I wanted to play the kind of music that I would like to hear myself and that I think a lot of other people would like and appreciate”. 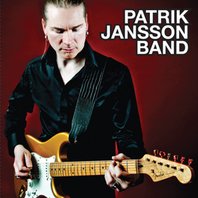 In the beginning of 2011 PJB released their self-titled critically acclaimed debut album on the Sneaky Foot Records label. The music could best be described as a mix of Stevie Ray Vaughan, Johnny Winter, Buddy Guy, Freddie King and Joe Bonamassa, to name a few of the influences. After some line-up changes it was time to start writing songs for the follow up to the debut album and in late 2013 the band entered the studio to record “Here We Are” their second full length album, an album full of heavy, funky, groovy blues with a focus on strong melodies and great songwriting. With guest appearances from Mikael Fall, harmonica world champion 2013, and the great Swedish female blues singer Lisa Lystam, “Here We Are” (2015) is an album full of great songs and great performances. The album got great reviews in Blues Blast Magazine, U.S.A. Blues Matters! UK and Blues News, Germany to name a few. 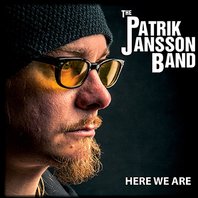 2015 it was time for another lineup change. And in 2016 after their first European tour the band hit the studio to record their third album, So Far To Go. The wide range of the new material is a clear statement that PJB don´t have any limitations for their music.

A lot has happened since the start in 2007 and since the first record, and it becomes even clearer when you listen to the new record. It’s a heavier, darker and more mature band you’ll be hearing. “I´ve put a lot of time and effort into making this record and I really try to make my music mean something. I try to write songs that make you feel something, songs that matter and I believe we’re gotten closer to that goal with every new record and I think you will hear it when you have listen”.