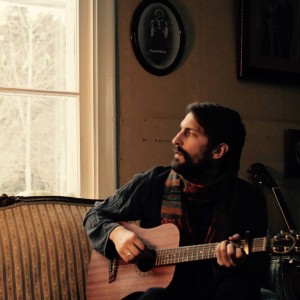 Rami & The Whale is the solo project of Swedish singer songwriter Rasmus Blomqvist. His music is the hybrid of serene Scandinavian autumns and the laments of songwriters such as Townes van Zandt, Joni Mitchell and Jackson C Frank.

There is relatively little known about Rasmus Blomqvist’s early life. Upon interviewing some of his nearest friends they say that he was one of nine or six brothers in a family that travelled in a bus in Eastern Europe. His father’s collection of vinyls, ranging from Bach to Evert Taube seeped into his youngster brain and later in his early teens, when the CD replaced the LP, there appeared in the Blomqvist home a Simon & Garfunkel collection that would have to be replaced as the first copy was outworn.

There is also some word that Rasmus took piano lessons, went to acting school and bought his first guitar in a cereal shop. Today, whenever Rasmus is not performing, he leads a secluded life in western Värmland. When asked why he prefers to live so far out of the way of everything, he solemnly replies, ”the countryside is the place of the spirit”.

During Rasmus’ years of musicianship in a rock band and more recently, in a harmony singing duo, Rami & The Whale was meandering in its own musical universe, waiting to step out from obscurity. The first official album is conceptualised over a period of 10 years, reflecting the vagrant search for a spiritual life in a society drawn to vanity. The instrumentation is sparse yet colourful. For the most part Rasmus performs the songs alone with an acoustic guitar, at times accompanied by a distant violin or flutes warbling mystical harmonies. The lyrics form a personal mythology, a tale of loss and longing and a journey towards a light that shines from within. Here in the midst of soul searching, Rami appears as the ideal self, the mystic knower or ’the lover of trees’ in a robe of folky blues. 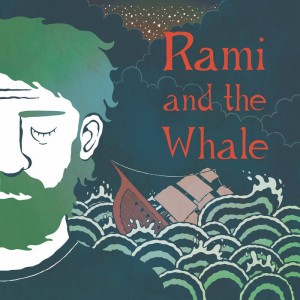