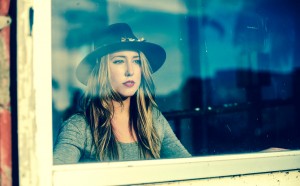 When natural talent finds a home with passionate artistry and intense work ethic, the results are captivating. Casey Weston is proof. Currently 24 years old, she’s been writing songs and performing on stage for over a decade. First hitting the stage in her early teens in Naples Florida, it wasn’t long before she had a loyal following that showed up to see her at coffee shops, bars and local events. It’s been a few years since then, so as you can guess, a lot has happened.

Casey kept her head down and kept working on her songwriting and guitar skills and just like hard work is known to do, it paid off. At only 17 years old, Casey won the Colgate Country Showdown, in Arcadia FL, and by 18 she had already opened for Justin Moore, James Otto, John Anderson and Craig Morgan. It wasn’t long before nationwide exposure opportunities began knocking on Casey’s door. 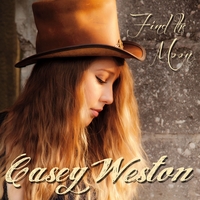 The first major opportunity came in the form of a new show on NBC called The Voice. Now on it’s 13th season and seventh Emmy, it’s been an inarguable hit since it’s record-breaking debut season. Competing under the coaching of Maroon 5’s Adam Levine, Casey finished as a semifinalist, gaining incomparable live performance experience and inevitable, wide-ranging international exposure. After performing with other Season 1 contestants on the season’s first live tour, Casey began collaborating with music makers (established industry greats and innovative new-comers alike) in her new home of Nashville TN.

Sheryl Crow, Fleetwood Mac and Stevie Nicks, are some of Weston’s influences, she also lists Ben Rector, The Eagles and Bob Seger. “My songs tell a story, like theirs. And I want to touch people of all generations, not just mine.” With a passion to evoke emotion from her audience, Weston wants her recorded music to give her audience an experience like she received from listening to her favorites. This passion has led to her hone her craft both vocally and artistically improving all levels of her game along the way. In 2015, Casey received her first major accolade as a songwriter, selected as one of only 17 songwriters for that years ASCAP GPS class.

Currently headlining 70 shows a year, Casey is focusing on collaborating with other songwriters when she’s off the road in her home of Nashville TN. Enjoyably new, refreshingly expressive and sonically innovative, Casey Weston provides her listeners with an unforgettable experience whether they’re listening on their headphones or dancing the night away at one of her live shows. 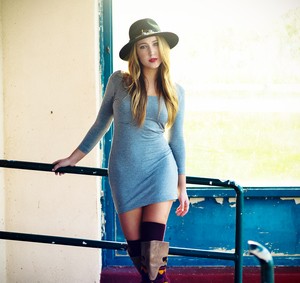