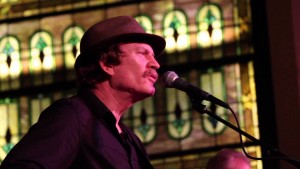 Rob McHale is a North Carolina-based Folk-Americana artist whose songs can take you through a small town, down a dirt road or on an historical journey – and bring you back home again.  Rob’s flair for penning historical and social commentary songs has received recognition and awards from American Songwriter Magazine, Woody Guthrie Folk Festival, Dallas Songwriters Association, and Billboard.

Rob’s latest release *Tom Dooley and Friends* reached #8 on the Folk DJ Charts in October of 2016 and held the #2 and #9 songs. In 2015 Rob won 2nd Place in the Woody Guthrie Song Competition and earned a place on the Main Stage at the Woody Guthrie Folk Festival.

Rob performs solo and with his band, his brother Pat on harmonica, Mike Alicke on guitar, Frank Berridge on bass, Mary Hawes on Percussion and Jim Singer on Violin. 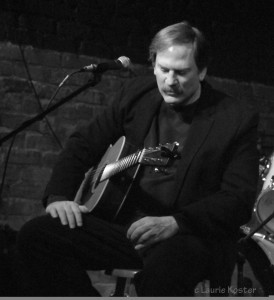 Rob has partnered with Charlotte Corbin Barnes, Author ‘The Tom Dooley Files'(2016) for presentations in Historical Societies. libraries, and other venues. The presentations are combination shows with an introduction to the Tom Dooley Legend by Mrs. Barnes followed by a concert with mainly historical song content,( Blair Mountain, Jesse James, General George Custer, Sherman’s March, Dred Scott, John Brown, The Castlebar Races, Woody Guthrie, etc. from his previous and future releases, followed by a book signing.

In addition to performing throughout North Carolina and the southeastern U.S., McHale founded and hosts the Summit Coffee Songwriters Showcase in Davidson, NC that features local, regional and touring artists. The popular monthly series enters its eigth year in June 2017.

Tom Franks, Folk Words Magazine, London, England writes: “Music of a hundred years ago, from yesterday or today – whenever you place them, the songs of Rob McHale should be taught in school, because they reflect vibrant history, the value of tradition and living social comment. This North Carolina-based poet, musician and composer writes folk Americana songs that walk you through their narratives in an entirely involving way. They bring home the wealth of heritage and place it firmly in the present, they observe the days we live in and offer valuable meaning.”

Danny McCloskey, The Alternate Root Magazine, writes: “The real prize with the North Carolina songman, however, is what is felt with his songs, the way his words offer experience, advice and overviews of life. McHale wears the skins of his characters: his stories allow for the familiar to be felt as an old friend and the unknown to become family by the end of the song.”

He’s been described as “a socially conscious writer with intelligent lyrics” (Randy Walker, WSGE-FM, Dallas, NC) while Christopher Anderson, writing about McHale’s 2010 debut release, Company Town, for Seattle, WA-based Victory Music, declared: “I hear shades of [Neil] Young, JJ Cale and many of the best writers of our generation.”