“Rumors Of Reason” is Chauncey’s first full-length album, though he has been impressing peers on Los Angeles’ songwriter circuit for years. Its 15 tracks showcase his penchant for taking listeners through the bizarre journeys of everyday life, with twists and turns as abrupt as the good Reverend Jim’s non sequiturs. Take, for example, “Something To Cry About”, and its murderous protagonist: “You hear something funny, but it’s all in your head/If those voices stop talking/Does that mean you’re dead?” Or the dead man’s hindsight in “Stupid and Bloody”: “When I was born, I was stupid and bloody/Crying from the shock of seeing the world”. Or the folk-rock groove of “God Bless Your Children”, that lulls listeners – with driving harmony from Lisa Turner – into a false sense of comfort as its aging protagonist vows: “I believe in the raging righteous/ And I believe there’s love in soldiers and whores”. 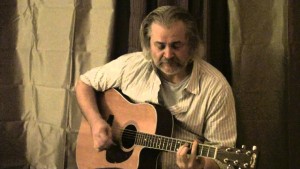 Lest that sound like a heavy load of death and darkness, check out the “remarkably agile” horn that stalks Chauncey’s alley-haunting character through “Stray Trombone”, and the tough-luck philosophy spiking “Last Thing I Remember” over producer Ed Tree’s bluesy slide guitar. He pivots often from the twisted to the tender, as with the melancholy “Anything Could Happen” and its graceful plea to “Try and be happy/Just try and sing”, dressed in Teresa James’ dusky harmony and Dale La Duke’s simple keyboard melody.

Chauncey crafts his own alternate universe in these 15 songs, complete with movie-ready characters, and plotlines, and a firmly grounded skepticism. He still holds fast to a few illusions, like his insistence that the “repo man” he worked for was legit — not just a guy stealing cars with a 16-year-old accomplice. The absolute reality of that fact we may never know, but with “Rumors Of Reason”, we can at least come along for an exhilarating ride. Like that of a hot-wired, freshly repossessed car. 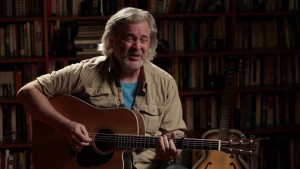